Your Path Forward in 2022 with Astrologer John Marchesella

Astrology is having a renaissance. The uncertainty of these past few years and a more holistic approach to health spurred by the wellness industry is catapulting astrology into the mainstream. How mainstream? The astrology app market is valued in the billions of dollars and venture capitalists are jumping in.

As astrology's popularity has grown, so too have our Related Life astrology-themed events!  This year, we welcomed renowned astrologer John Marchesella to Abington House for an exclusive Speakers Series, previewing what 2022 has in store.

A professional astrologer since 1976, John has shaped the industry’s educational standards and taught some of the most prolific astrologers working today. He is certified by the National Council of Geocosmic Research (NGCR) and has served as president of NCGR’s New York Chapter. He remains on its Board as Education Director. 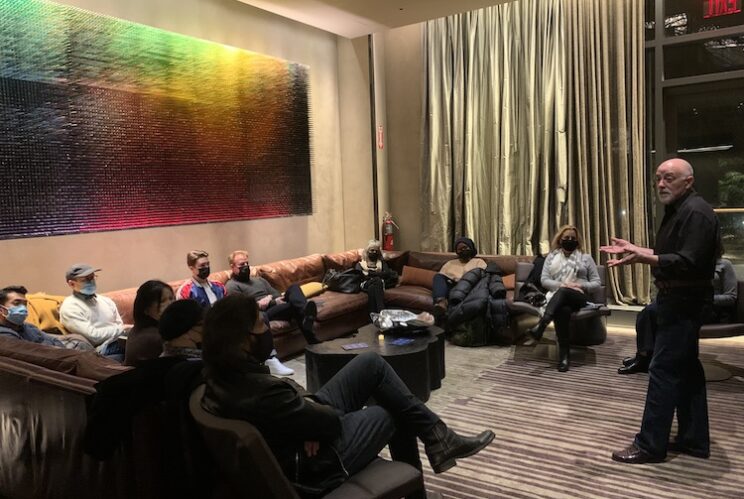 Who better to feature for our residents than one of astrology's pioneering voices? Keep reading for excerpts from this fascinating conversation, which included noteworthy trends and guidance to keep in mind as you move through 2022.

Mercury is how you communicate – your words and thought patterns. For instance, Mercury's location in your chart tells astrologers if you are a fast or a slow speaker, if you are a dramatic or boring speaker.

Venus is how you love, but not just romantic love. It's "how I love that painting, how I love being in New York, how I love that movie." A better word is how you value things. That’s what Venus tells astrologers about you. And that might be very different than your sun sign.

Mars is the god of war. Mars is how you fight for what you want, to the degree that you have Mars in your chart. Not everybody has a high degree of assertion. If you have what astrologers call "a weak Mars," that might make you passive aggressive.

Saturn grounds us. He is common sense. Saturn is the facts of life. That’s why he is associated with things like discipline, authority, and structure. Saturn actually has a lot to do with your purpose – the work of your life. People often come to readings to ask, "what is my purpose in life?" To answer that question, I am going to look at Saturn.

The planet Uranus represents your degree of defiance, rebelliousness, and individuality. If you describe yourself as a square peg in a round hole, you're more of a Uranus person.

Each planet will have a say, but some planets will have more of a say in marking your personality, character, and life story. The planets create not only our natal charts and natures, but they also create trends going on in the world.

Let me go back to January 2020. If you could see this with the naked eye, you would see Saturn and Pluto were appearing to move very close together. It looked like they were joining. We call this a conjunction. It was a somewhat usual pairing of planets. When they come together like this, there is usually some world trend involving health. If we go back in time, this same thing happened between 1981-1982; that was the outbreak of AIDS. We can go back to 1917-1918, and that was the outbreak of the Spanish flu. When Saturn and Pluto come together, they create a health crisis.

The fallout of Saturn and Pluto goes on economically, culturally, educationally and financially for decades. Even if there was a pill for COVID tomorrow, we would still be living with the fallout for years and decades. COVID will be in our conversation for many years to come – how many is many? About 40 years. 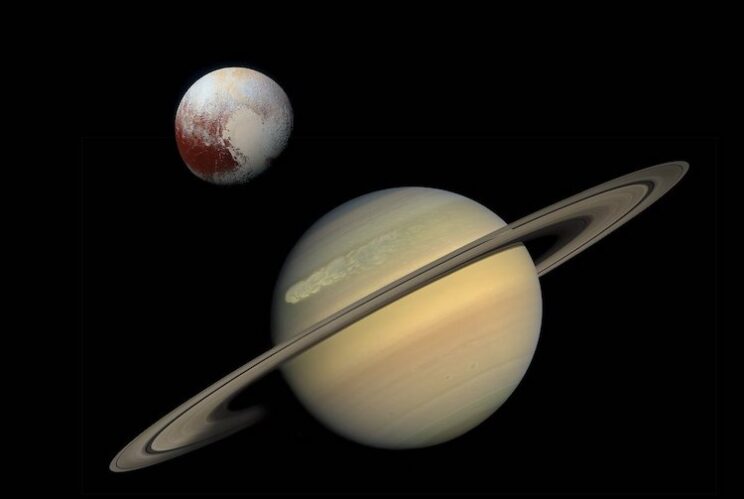 A graphical representation of the conjunction between Saturn and Pluto.

After this conjunction, Saturn and Uranus formed a square. That was in the beginning 2021. Astrologers work with geometric shapes a lot, because there is something called sacred geometry, which infuses astrology. This square will last until the fall of 2022.

Saturn is the voice of discipline, while Uranus is defiance. So if you recall, the beginning of 2021 started with the insurrection – a conflict between the old guard vs. the new guard – between this president or that president. A couple of weeks after, we saw tension in the stock market with the argument between Robinhood and the old hedge fund guys. The old hedge fun guys are  Saturn, and they were saying to Robinhood, "you can' invest in companies going out of business." Robinhood said, "oh yes we can." And they did, and started affecting the stock market in different ways.

A few weeks after that, finally the vaccine was beginning to roll out. It was difficult to get a vaccine appointment until the Spring. But then we divided into the vaxxers and antivaxxers.  We found out that once the vaccine was available, a lot of people didn’t want it and were going to fight it.

This Saturn-Uranus square will continue until October 2022. It represents a very visceral argument, a conflict between the old guard and new guard. Squares are very urgent and war-like. That tension is going to continue to take place.

Jupiter & Neptune are moving together toward a conjunction. That will happen in April, but it is already in the air. Once it happens, it will last for the rest of the year. When Jupiter and Neptune come together, there is hope about modern medicine and science. I'm not going to predict that COVID will go away in April, because we will be living with its effects for decades to come...but we might start getting some good news.

For example, that COVID pill might finally get approved by the FDA. Maybe positive numbers numbers will be coming down. Maybe the variants will start weakening. Maybe there will be more vaccines. But whatever it might be, there is some good news on the way swiftly, especially about the medical and physical effects of COVID. So that gives us something to look forward to. Jupiter being hope, confidence and inspiration, always gives us something to look forward to. With Jupiter, there is always something on the horizon.

So concludes our astrological takeaways, courtesy of the luminary John Marchesella. By the way, for this special event, The Related Life produced horoscope collector's cards for our residents. Check them out below! 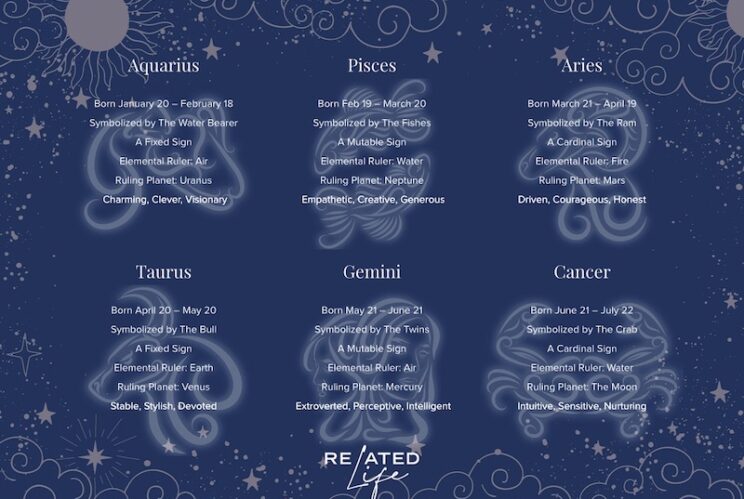 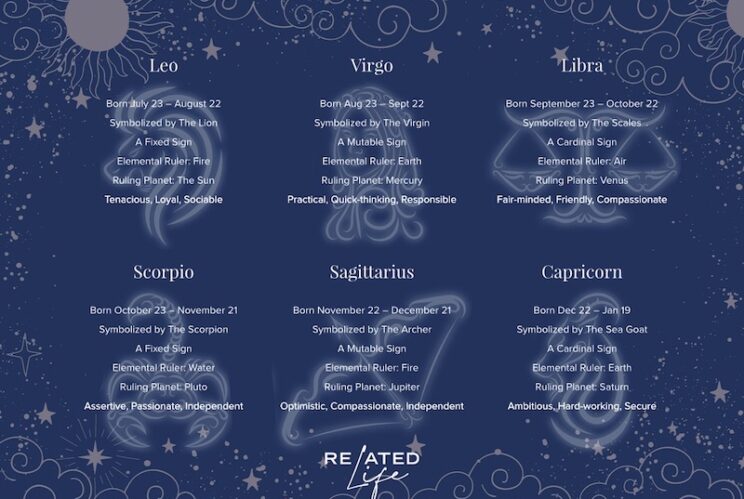