Outdoor concerts ramp up in July, as people of all ages flock to amphitheaters, parks and bandstands to enjoy live performances on warm days and nights. If a summer music day is on your agenda, don’t forget to check out these popular venues by city. We’ve pulled the list together in collaboration with our property experts across the country. 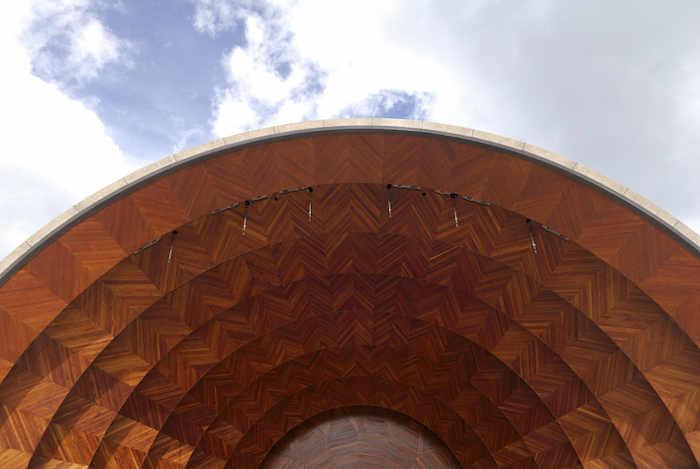 Considered Boston’s most popular live music venue, “The Pav” is an outdoor amphitheater located in the South Boston Waterfront. It seats 5,000 people, with a season running May through October. For a calendar of shows, click here.

Sitting adjacent to the Charles River Esplanade in Back Bay East, the Hatch Shell is a stunning amphitheater that can accommodate 10,000 people. It is considered one of Boston’s best examples of Art Deco architecture. For the concert schedule, click here.

Through the summer, the beautiful Bennett Park is the backdrop for Music in the Park, a concert series with free performances every second Monday of the month. Reach out to your Concierge for more information.

Put a trip to the Forest Hills Stadium on your bucket list! Built of stone nearly 100 years ago, it offers a sound experience like no other in the city. It was specially designed  to deliver unobstructed views from every seat. For the current concert schedule, click here.

The Summer Concerts Series is back at the Public Square and Gardens of Hudson Yards! The performances were programmed by The Bowery Presents, with shows every Wednesday through August 3. Each free concert showcases a rising talent in the industry. For the full lineup, click here. 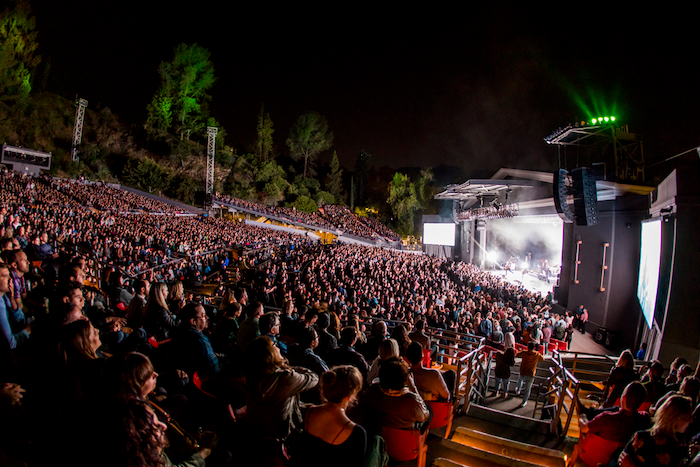 Able to accommodate nearly 6,000 people, the Greek Theatre is a historic, cherished gem of Los Angeles history. It’s located in Griffith Park, which was purchased as a gift for all Los Angeles residents by industrialist Colonel Griffith J. Griffith. The theatre itself was built in 1919 following an extensive survey of Greek theatre design globally, and has hosted icons like Sir Elton John, Aretha Franklin and Frank Sinatra. For the current lineup, click here.

Opened in 1922, the Hollywood Bowl is one of the most famous concert venues in the city and nationally. Rolling Stone has called it one of the 10 best live music venues in America. Past performers include Prince, Lady Gaga and Barbara Streisand. The amphitheater can hold 17,000 people. For this summer’s schedule, click here. 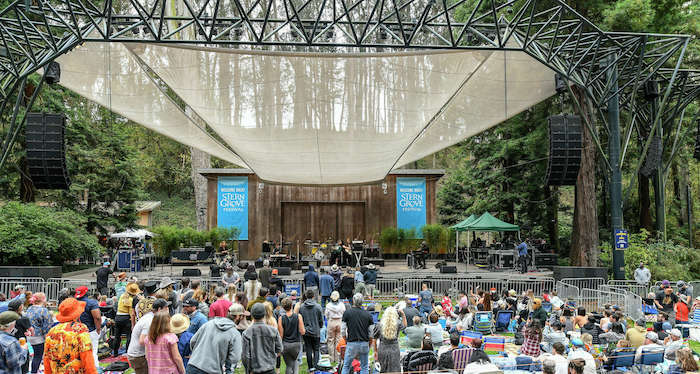 The expansive Shorelines Amphitheater in Mountain View, California, can host 22,000 attendees. Built in 1986, it was designed after the Grateful Dead’s “steal your face” skull logo, only seen from above. It averages 25 concerts per year, drawing 350,000 visitors. For the current concert schedule, click here. 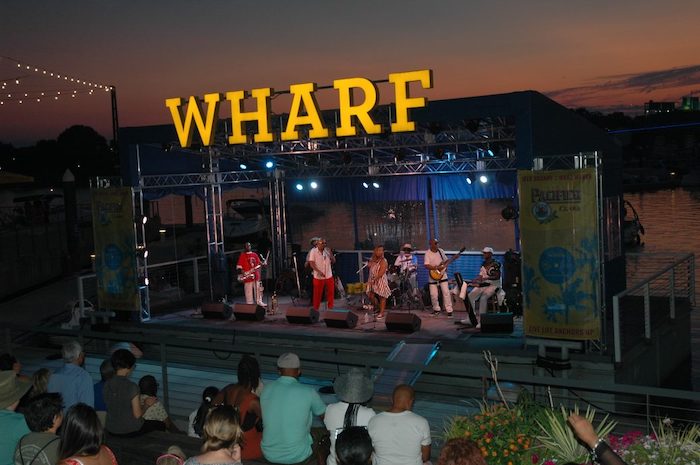 Rock the Dock at the Wharf

Rock the Dock at the Wharf is fast-becoming a favorite venue for Washingtonians. With a beautiful waterfront backdrop nearby buzzing shops and restaurants, these free weekly concerts at Transit Pier cannot be missed. For the full schedule, click here.

Located about a block north of Nationals Stadium, The Bullpen has always been the unofficial gathering place for Nats fans. The outdoor venue is popular for its live music, food trucks and ice cold brews. For the summer concert schedule, click here.