A new season for art and big-picture thinking is afoot!  Over the past year, curators across our largest cities have been busy sourcing a fascinating array of subjects and mediums. Now, museums around the country are welcoming visitors with scintillating new exhibitions set to run through winter and beyond. And with long weekends and holidays en-route, the next few months mark a perfect time to schedule your visit. From the surreal and abstract, to critical and practical perspectives, here are the exhibits you simply cannot miss this season.

With over 100 galleries displaying nearly 500,000 works of art, The Museum of Fine Arts, Boston is one of the most comprehensive art museums globally. It's a must-visit for art buffs that welcomes more than 1 million visitors annually. This fall, two fascinating multicultural exhibits will allow visitors to appreciate diverse perspective and historic art forms.

"Fabric of a Nation: American Quilt Stories" explores the artistry behind 300 years of American quilts, and the histories woven into them. Visitors will hear from artists, educators, academics, and activists. The exhibition showcases the under-recognized diversity of artistic hands who have contributed to America's rich quilting legacy, including men and women; those from urban and rural places; immigrants; and people of color. October 10, 2021 – January 17, 2022 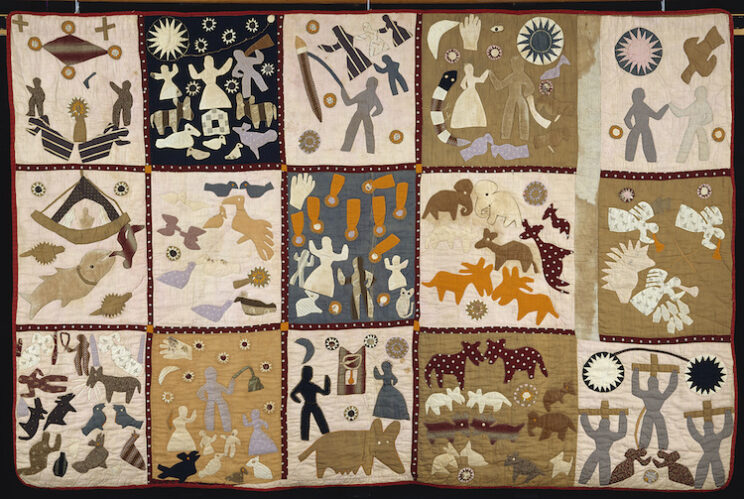 Presenting another facet of 17th century history, the New Galleries of Dutch and Flemish Art open in November. Seven renovated galleries focus on the connection between commerce, science and art in the Netherlands during the region’s global economic boom 300 years ago. About 100 paintings by the masters of this period – like Rembrandt van Rijn, Peter Paul Rubens, Gerrit Dou, Frans Hals and Anthony van Dyck – will be on display. So too will an array of silver and Delft ceramics. Opens November 20 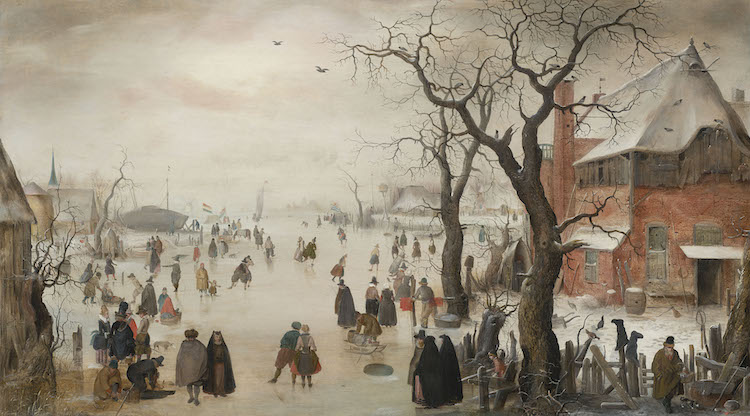 Winter Landscape near a Village, Hendrick Avercamp (Dutch, 1585–1634) about 1610–15. Oil on panel
*Promised gift of Rose‑Marie and Eijk van Otterloo, in support of the Center for Netherlandish Art
*Courtesy, Museum of Fine Arts, Boston

Resident Chicagoans and visitors alike should find plenty of space for introspection and critical thinking at these two new exhibits. While one remembers history, the other questions it.

The iconic Chicago History Museum is looking back on the 150-year anniversary of the Great Chicago Fire of 1871, with a family-friendly exhibit that explores the cause of this three-day conflagration and its impacts on the city. On display will be 100 artifacts from the period, including those damaged in the fire. The pièce de résistance is a reproduction of "Cyclorama," a 40-ft-wide oil painting that offers a 360-deg. view of the Great Chicago Fire. The exhibit "City on Fire: Chicago 1871" runs October 8- December 31. Take a virtual tour of the painting here.

Over at the Art Institute of Chicago, American artist Barbara Kruger uses direct address in a variety of mediums to explore power dynamics around consumer culture, identity and perceived relationships. Nearly 24,000 square feet of the museum are engulfed in Kruger's larger-than-life installments that weave together collage, digital animation, vinyl works, on-site installations and video. The exhibit "Barbara Kruger: THINKING OF YOU. I MEAN ME. I MEAN YOU" runs September 19, 2021 - January 24, 2022 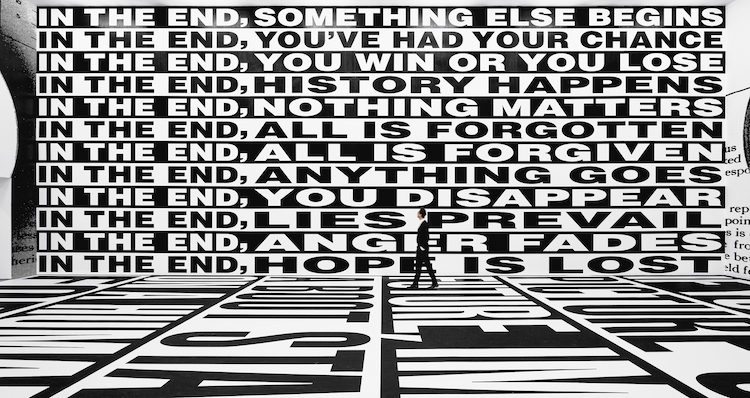 Get your red-carpet strut ready – the Academy Museum of Motion Pictures is ready for action! After 10 years in the making, with a reported development cost of $482 million, this epic homage to the film industry opened its doors on September 30. Designed by Italian starchitect Renzo Piano, the 300,000-square-foot, seven-story space houses two movie theaters and countless movie props from legendary films like Citizen Kane, Jaws and The Wizard of Oz. 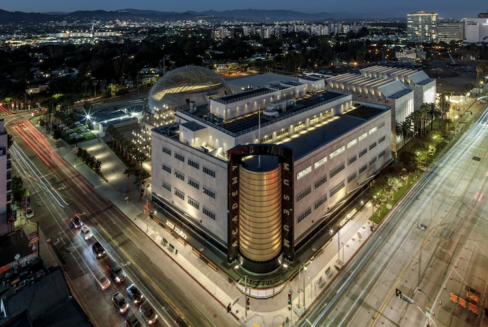 In New York City, The Metropolitan Museum of Art delights (as usual) with two spectacularly whimsical exhibitions. Over at The Met Fifth Avenue, "Surrealism Without Borders" examines the evolution of the Surrealist movement globally, from Eastern Europe and Asia to North Africa and Latin America. It also explores how the dream-like visions typifying Surrealism have been adapted across cultures in the fight for political and social freedoms. The exhibit "Surrealism Without Borders" runs October 11, 2021 - January 30, 2022.

Then in December, head to the Met Fifth Avenue for a retrospective on whimsy that hits closer to home. "Inspiring Walt Disney" is the Met’s first-ever exhibition centered around hand-drawn works created at Walt Disney Animation Studios -- and their connection to European art and French motifs. In this fascinating display, 40 works of 18th-century European art and design will stand alongside 150 paper drawings from the Walt Disney Archives. In the words of the exhibit’s curators, “what sounds like fantasies from Walt Disney Animation Studios’ pioneering animations were in fact the figments of the colorful salons of Rococo Paris.” The exhibit "Inspiring Walt Disney: The Animation of French Decorative Art" runs December 10, 2021 - March 6, 2022. 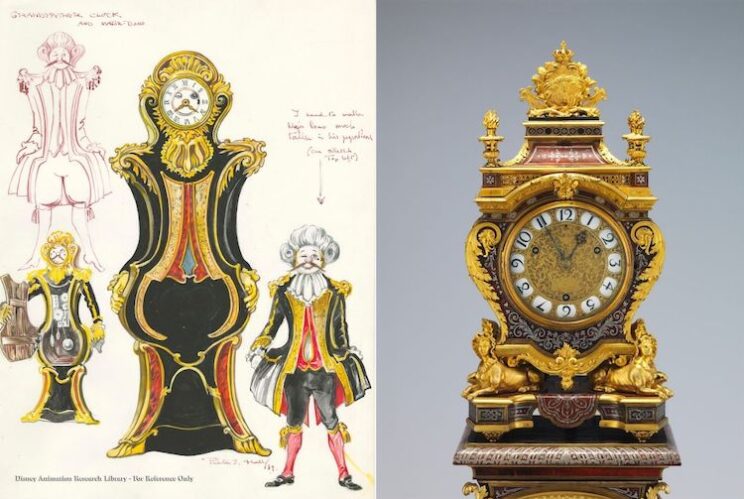 No trip to San Francisco is complete without a stop at the San Francisco Museum of Modern Art. Seven gallery floors and 45,000 square feet of art-filled public spaces quicken the cultural pulse of the Bay Area. One exhibit to top your must-see list is the world-premiere retrospective of Joan Mitchell, which runs through January. This American painter is acclaimed for her mastery of abstract art. She rose to fame as a formidable creative force in 1950s New York, making a name for herself amidst the male-dominated circle of abstract expressionism. She then spent 30 years in France honing her craft, which is characterized by vivid color and palpable energy. The exhibit "Joan Mitchell" runs September 4, 2021 - January 17, 2022. 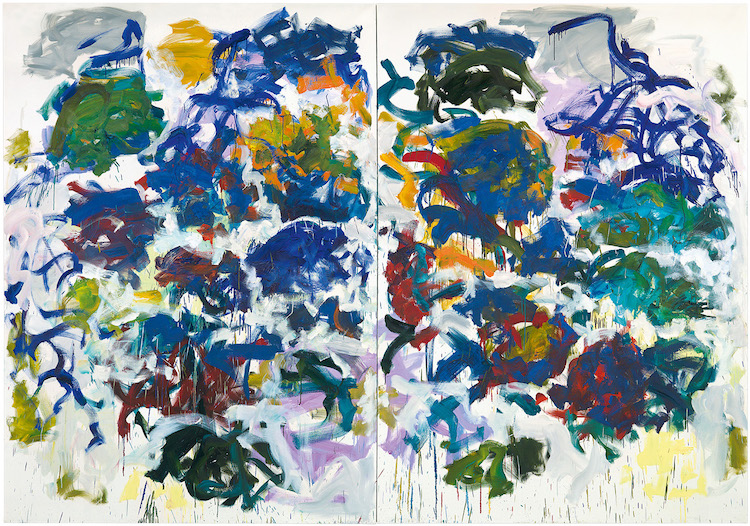 The world's largest museum, the Smithsonian Institution, draws tens of millions of visitors annually. Its magnetism can be attributed to the cutting-edge, captivating installations throughout its 11 cultural facilities.

The National Museum of Natural History, incredibly popular with families, is using emerging technology to tell the salient stories of our oceans. Its exhibit "Critical Distance" is an augmented reality experience that enables visitors to see what it would be like to live as an orca, immersing them into a holographic pod. After learning about the unique habitats of orcas, visitors experience first-hand the effects of marine pollution by joining the pod to hunt and survive. "Critical Distance" intends to raise awareness and deepen conversations around marine conservation. The exhibit "Critical Distance" runs September 29, 2021 - Summer 2022.