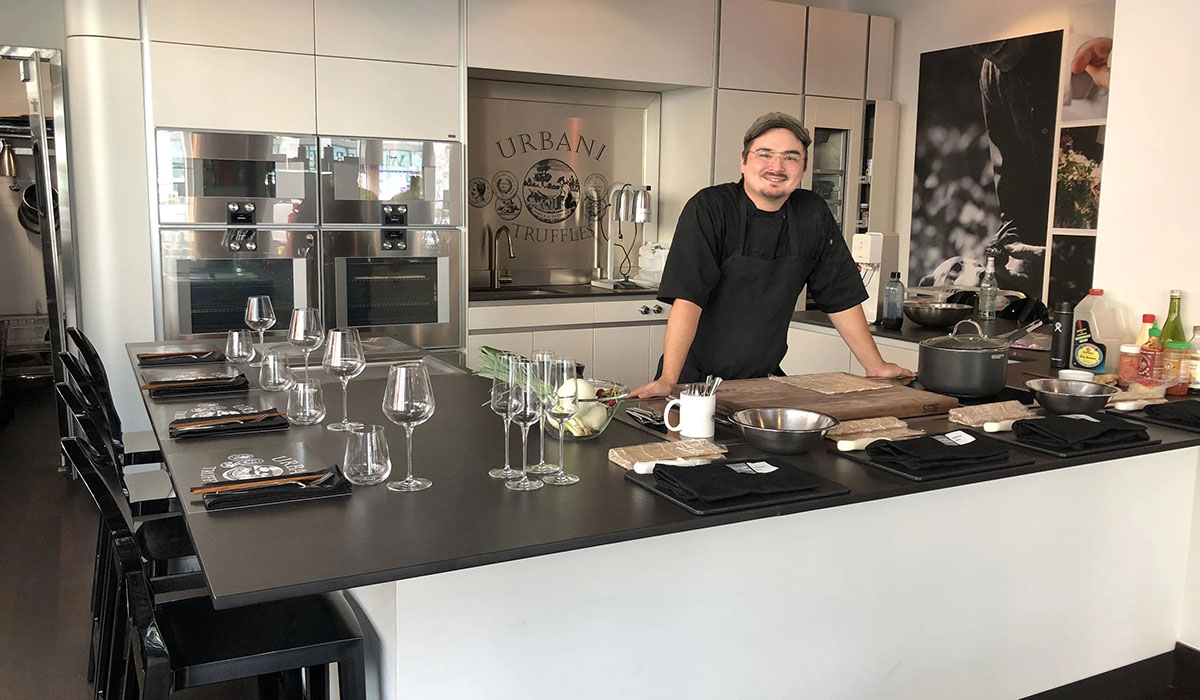 Great chefs often say that when they go food shopping, they head to the farmer's market and buy "whatever looks good." This may be solid advice for those who have the ability to look at an eggplant and a beet and immediately concoct a delicious meal idea, but for those who rely on recipes, the concept of shopping spontaneously is very intimidating.

That's where Chef Ken Connors comes in. As our Related House Chef, he and his team are preparing fresh, personalized menus for each of our New York buildings. And yes, he's basing his menu on whatever looks good at the market. A graduate of the French Culinary Institute, Chef Connors has also worked at top restaurants including Nobu 57, Shang, and ‘inoteca.

We caught up with him during a brief break in the kitchen to discuss his inspiration for his weekly menu, what he's excited about eating these days, and what he's growing in his own garden.

Where are you cooking right now?

We're in a commissary kitchen now in Long Island City. It's a bit of an industrial park over here, but you know it keeps the foot traffic down, which is what we need at this time. It's a closed kitchen, there's no outside employees, there's no customers. It's not a revolving door of people, it's just limited access to employees only, so it keeps it safe. I'm actually only on location about three days a week, and the rest of the week I'm busy planning the Related menus, and also working on CityKitchen's meal kits.

What do you do when you're not cooking?

If I have downtime these days, it's when I can actually do my gardening or clean around the house, or take my daughter to the park.

You're gardening in New York City?

I've got a large planter with a whole bunch of tomatoes, strawberries, lavender, a lot of herbs – sage, rosemary, thyme, oregano – I've got a little bit of everything in there. That way I don't have to buy herbs at the store.

Is using seasonal produce important to you?

Definitely. I grew up in Hawaii, and you do have a connection to your food there, but everything in Hawaii is shipped in and so if you're not buying it at the grocery store, you have to grow it or catch it yourself. But since I've moved here, the seasons have really affected my cooking. Especially when I became Executive Chef of 'inoteca, we really tried to pay attention to our seasonal dishes and what was coming available. I would go to the Farmer's Market at Union Square and see what was there to make a special for the week, and that's where I really fell in love with cooking what's super seasonal and whatever's available right then and there in front of you. 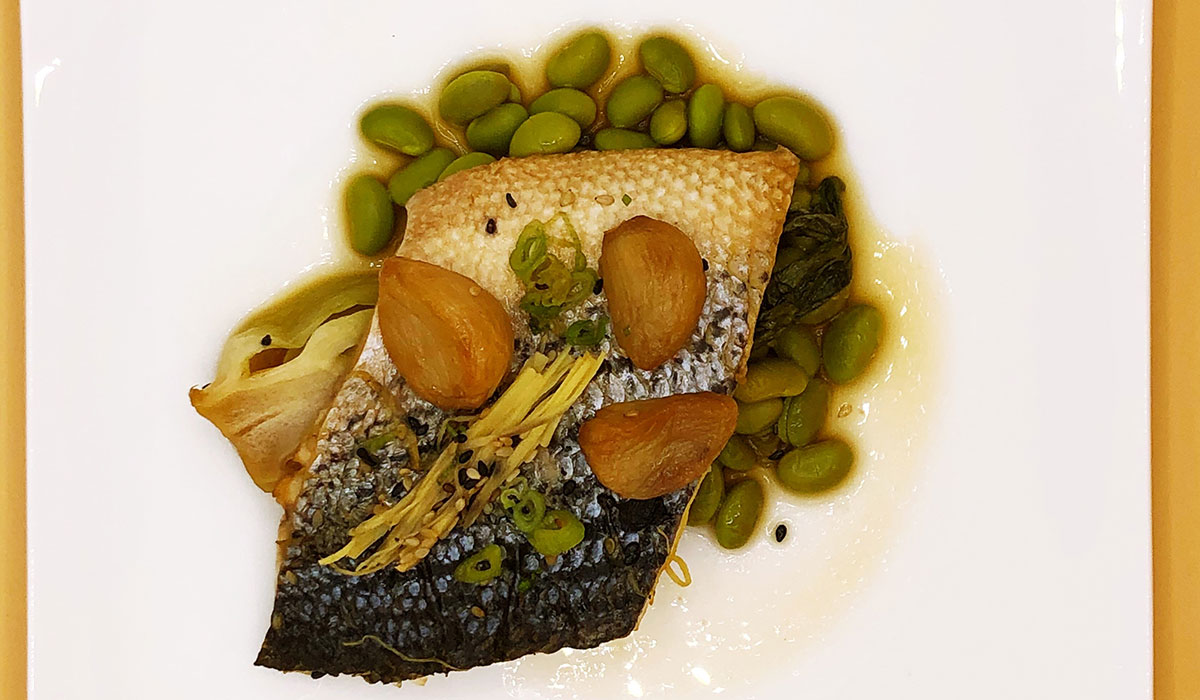 Do you use that approach when planning Related's menus each week?

Yes. My approach is, I try to find meat, fish and produce purveyors and see what's good at the time and they'll give me a heads up on what's fresh. Right now as we speak, we're doing a whole bunch of heirloom tomatoes. We've had tomatoes on the menu plenty of times, but we're really focusing on tomato this week because it's just so gorgeous right now. Last week, we were doing squash or stone fruit. It's the same sort of theory: what looks good to you? What do we want to put on the plate?

Would you say you have a certain style of cooking? You've cooked so many different types of cuisine – Italian, Japanese, French, and more.

I don't want to get sucked into just one cuisine. Hawaii is just such a a melting pot. We have all these different Asian cultures coming in and then we have all the European cultures and American cuisine. So that's what I really like. I never heard fusion as a term until I moved out here to New York. And then I realized all of Hawaiian food is basically fusion. I like to learn a new cuisine and then sort of adapt it to what my taste is. What tastes good? What sells? I became a chef to feed people, I really like being in the kitchen. I like being at the heart of the home, and I like feeding my family and friends.

Do you have a favorite dish to make?

My favorite food is simple food. I'm making a beet salad this week, there's five ingredients total for the whole salad. Each one has to be done just right, otherwise it changes the whole dish. When you eat them all together, there's this beautiful complexity; the salty creaminess of the cheese, the nutty oily from the hazelnuts, and then the sweet deepness of our roasted beets. It's easy to make a mistake when you have so few ingredients. And so that's where you've got to be careful and you got to be good at it.