At just nine years old, Mikail Akar is taking the art world by storm. Known within the art community as “the Young Picasso” and “the world’s youngest abstract artist,” Mikail creates with an innate understanding of the way vibrant colors and forms can complement and interplay with one another. At just four years old, Mikail held his first exhibition in SBK Haus, a community center in his native city of Cologne, Germany. A year later, he would be featured in Kunstbruder, a famous art gallery in the same city. 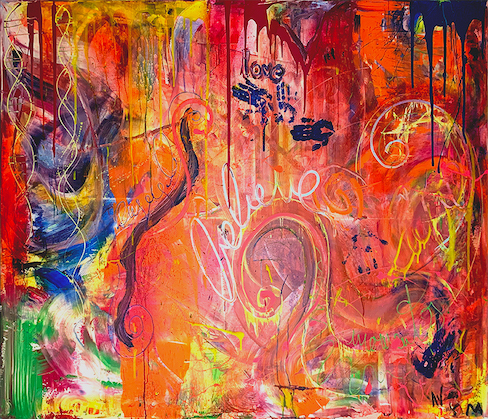 Since then, Mikail has held 14 exhibitions. He is on a world tour this year, with stops in Vienna, Istanbul, New York, Zurich, and Rome. As part of that tour, this month he will spend two weeks at the inimitable High Line Nine gallery in Chelsea. His exhibit, “Mikail Akar: Colorful New York,” examines and reflects upon American imagery, including the history of the American flag.

Inspired by modern abstract expressionists like Jean-Michel Basquiat and Jackson Pollock, Mikail’s paintings seem to shout out loud with color. To make these vibrant statement pieces, he uses a variety of media. Besides a paint brush, he uses his fingers, plastic cups, spatulas, and even boxing gloves. The eye-catching works that result are an embodiment of the nontraditional.

“Sometimes I know what I’m going to create, and sometimes I don’t,” Mikail said in a recent interview with The Related Life about his creative process.  “I love to draw, and I paint what I see in my head.”

What he sees in his continues turning the heads of others. His color-rich abstract and pop works regularly sell for tens of thousands of euros. His reputation within international art circles has led to a new partnership with the NFT network Element.Black, announced in November.

Mikail may be an intuitive creative force, but don’t put him in an artist box. He is an avid soccer player and also enjoys music, currently playing the saxophone. 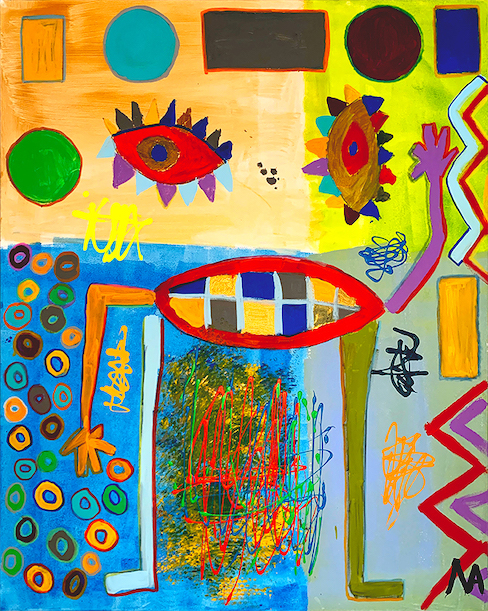