You Can Still Enjoy Artwork IRL at High Line Nine 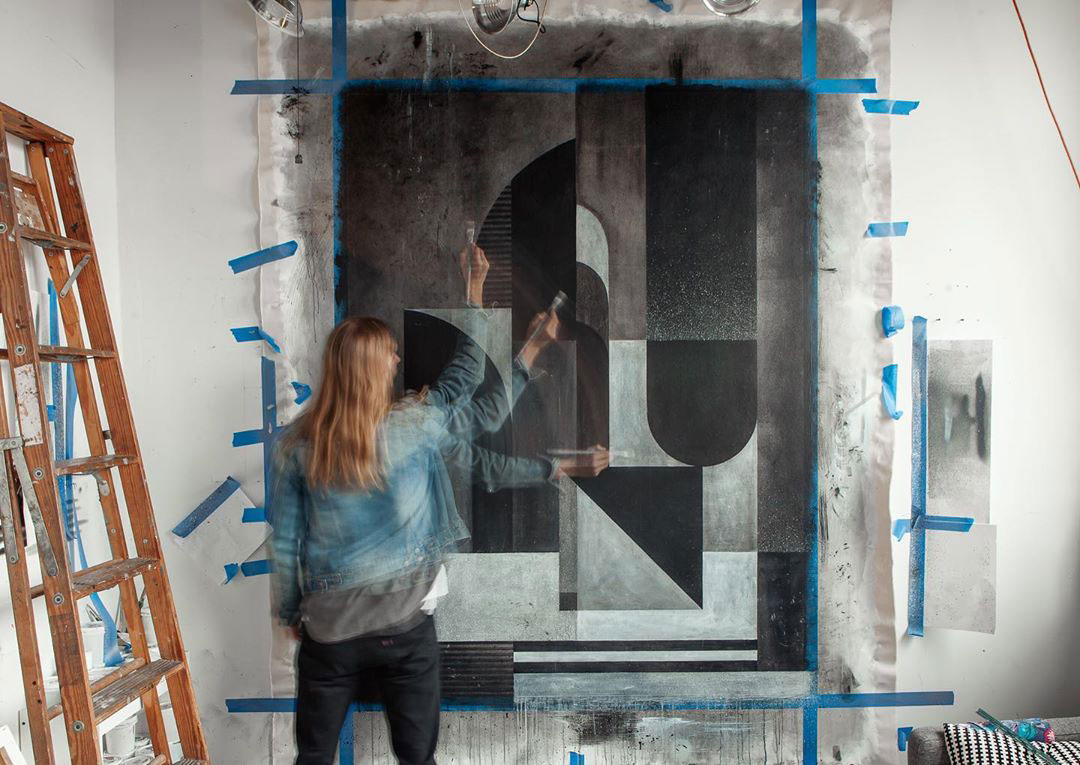 One area of life that has not shut down during this time – has, in fact, been thriving – is the world of art. That's certainly evident at the High Line Nine gallery in West Chelsea, where six prominent artists have taken up residency, working up a storm in each of the studio spaces.

Produced in conjunction with Sugarlift, a marketplace that allows you to buy directly from artist's studios, High Line Nine's residency program provides an opportunity for visitors to view the artists at work, and easily purchase their pieces using a QR-code located right outside the space.

"This is by far the most gorgeous space where I have ever painted," said one of the artists, Tony "Rubin" Sjöman, during a recent virtual "Lunch & Learn" event, "I’ve only seen spaces like this in photos of amazing masters at work. As a painter, it's always been one of my dreams."

No doubt, it's a big step up from where Sjöman started, painting graffiti with his friends. As he explained during his "Lunch & Learn" discussion, because he was the new guy, he was often delegated the "worst spot," which was typically a small, vertical space. Rather than getting discouraged, however, Sjöman allowed it to guide his work, shifting the abstract, geometric forms 90 degrees to create the towering vertical images he still paints today.

One of those works can actually be found at Related's One Hill South in DC, where he painted his tallest work to date, a 70-foot mural on the side of the building facing South Capitol Street, a few blocks away from the U.S. Capitol. He has also painted work all over the world, doing private commissions in people's homes, as well as work for brands like Design Within Reach, Sotheby’s, American Express, Marriott Hotels, Heineken, Shake Shack, Rag and Bone and GAP, with his artwork even popping up on the set of "Girls."

While Sjöman's work is very personal, he insists there is no right or wrong way to evaluate it. "I usually ask people, well what do you see? And I’m amazed by all the different things. Even though I might have a story, there’s no right or wrong. It’s whatever you see in it, that’s what it is," he said, "Rules are meant to be broken. That's one of the main ideas I carry over from graffiti was to break the rules."

Sjöman's work will be on display until August 15. Check out his work and the other five artists' work at High Line Nine, which is following the latest guidelines from local, state and national public health authorities on six-foot social distancing and face coverings. You can also purchase their work here.

Plus, check out Sjöman's full discussion and gallery tour below.